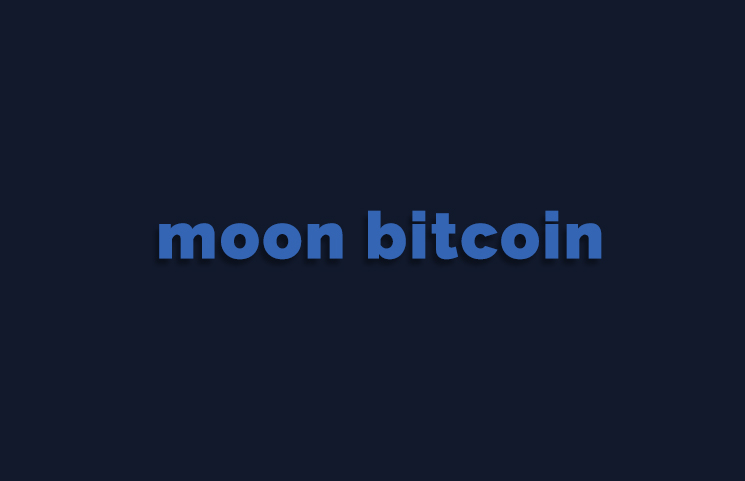 There are those who do not deal with Bitcoins, and there are those who love trading in Bitcoins and mining bitcoins. Then there are those who border in between, would like to trade in bitcoins but at the same time are skeptical about it or do not know how and where to start. For those who are on the crossroads about adopting Bitcoins and for those who love to earn bonus bitcoins, here’s Moon Bitcoin, a free bitcoin faucet. A bitcoin faucet is a unique, rewarding system that offers Satoshis as rewards on completing specific tasks or CAPTCHA’s as described by the websites or apps. Satoshi is one-hundred-millionth of 1 Bitcoin (0.00000001 BTC) and is named after the creator of Bitcoins. With a revenue-model to generate revenue out of advertisements, this free faucet works only when the user allows advertisements to auto play.

Even though the rewards being dished out are tiny denominations of BTC, this platform is still viewed by some as a gimmick, whereas, in reality, this platform not only helps the new user to start trading in bitcoins, it also helps build a healthy traffic to various websites and apps, the leading advertisers on this platform.

Let’s take a deep-dive into how Moon bitcoin works; it’s pro’s and con’s

What is a Bitcoin

Let’s start with the first things first and understand what a bitcoin is. In simple words, a Bitcoin is a form of digital cash that is stored in one’s digital wallet app on a smartphone or computer. A type of a cryptocurrency that does not require any central bank of single administrator, this digital currency can be transferred from one peer to another within the cryptocurrency network without the need for an intermediary. Each transaction of bitcoin is recorded in a public ledger called the Blockchain. Founded by Satoshi Nakamoto and being in the market for about ten years, the actual value of each bitcoin is determined by the number of users that are willing to accept bitcoins as a mode of payment, thus, leading to the fluctuation of the value of each bitcoin from day to day. With a large number of Governments not legalizing Bitcoins as a mode of payment, the acceptance rate for the same seems to have decreased in comparison to its early days of introduction.

What is Moon Bitcoin

The most fundamental question that needs to be answered here is what is Moon Bitcoin. Moon Bitcoin is one of the most popular bitcoin faucets, primarily because while most other faucets dish out bonuses claims on an hourly basis or, in some cases, daily, Moon Bitcoin allows users to claim these bonuses as and when they please, sometimes as frequent as every 5 minutes. However, there are two facets one needs to keep in mind while claiming these bonuses.

So, depending on what the user wants to claim multiple rewards in a day of small denominations or wants to make the big kill once a day, the choice is entirely theirs.

One of the most reputable and highest traffic generating faucet, Moon Bitcoin manages to create a win-win for not only themselves but also for the users and the advertisers. While the users are guaranteed payouts, thanks to the revenue made out of advertisers, the advertisers reap rich dividends through traffic generated on their platform, leading to even greater investment in advertisements on moon bitcoin, making the loop larger and larger.

For transacting on Moon Bitcoin, depending upon where one wishes to withdraw their rewards from, it is mandatory to sign up with a Bitcoin wallet or CoinPot email address.

To attract more users and help users increase their claim amounts by as much as 500%, Moon Bitcoin offers four unique bonus options. Explained below are the four options available for the users with a brief description of them

While there are the four bonuses that are running on the platform as of now, there could be more bonuses that keep getting added or removed, depending upon the need from time to time. Do watch out for more offers that get published on their website www.moonbit.co.in

With these offers put together, if one wishes to and is willing to invest time and effort, one can easily claim bonuses unto 500% of their rewards earned. That’s the power of Moon Bitcoin that also makes it one of the most frequented platforms for users who frequent bitcoin faucets.

Strengths and Weaknesses of Moon Bitcoin

Like almost every other product or service available today, Moon bitcoin also enjoys specific advantages as well as weaknesses, explaining why they are ranked 5705 in the Global Ranking, seeing their ups and downs in the Alexa traffic ranking. Exploring some of those reasons below:

Registered as early as 2014, Moon Bitcoin is doing wonders in the world of Cryptocurrency faucets, and rightfully so. Despite its various pros and cons, it is one of the most popular platforms for users as well as advertisers alike. With time in hand and if one does not mind watching advertisements, this platform is one of the best to help earn extra rewards. This only gets supplemented if one has a robust network that too believes in cryptocurrencies and in earning natural rewards at the end of the day, who will say no to extra rewards, after all.